Will An Ultrasound Diagnose Gallstones?

Which tests are the most reliable to confirm gallstones? You may be aware that there are of a variety of tools used to diagnose this condition and individual factors such as the severity of the case will determine the best approach. Ultrasound testing remains the most common and typically, sufficient testing to confirm gallstones. The great thing about Ultrasound is that it is a painless, safe and relatively easy test. Because gallstones often don’t cause any symptoms, they can sometimes be found during ultrasound testing when carried out for other reasons.

Oddly, many adults will live with gallstones which do not cause them a problem at any point. The stones are composed of cholesterol usually or a combination of bilirubin, cholesterol and other elements in the bile. They range in size from a grain of sugar to golf ball-sized. They begin to cause trouble when they move and travel into the ducts.

Typically, when people visit their physician with gallstones symptoms such as pain in the center of the abdomen and even in the upper back or right shoulder blade, difficulty taking normal breaths, discomfort after eating, their GP will carry out the Murphy’s sign test. Placing the hand on the upper-right abdomen while the patient breathes in will likely be painful if the gallbladder is inflamed. Blood tests may be ordered to assess liver function and rule out infection. 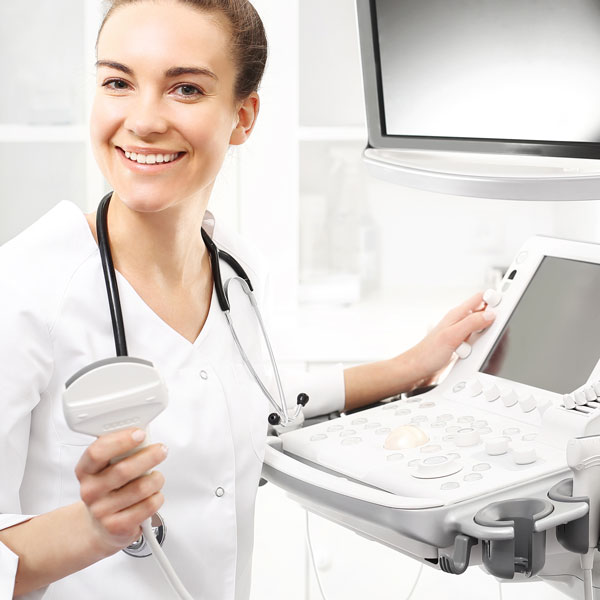 When symptoms and tests suggest that a person has gallstones, unless severe, Ultrasound testing will be the next logical step to confirm diagnosis. Ultrasound scans use high frequency sound waves sent out from a transducer. They pass through skin to bounce back from the inner tissue structures, providing an image on a monitor. This type of ultrasound scan is similar to the type used during pregnancy to capture an image of the fetus. It involves a small, handheld device placed onto the abdomen with a cooling, clear conductive gel. The handpiece can be moved around the area to visualize different structures and angles and the tech can look for certain issues such as growths, distorted structures, blockages- and gallstones. This painless procedure takes only about 10-15 minutes to complete and could be instrumental in determining which approach you wish to tackle any gallstones symptoms.

Gallstones can often be diagnosed with the Ultrasound scan but it is not always clear whether they have moved into the bile duct with this imaging alone. The possibility of the bile duct being blocked means that the important functions of bile for good digestion and nutrient absorbption could be impaired. The liver creates between 400 and 800 milligrams of bile per day which will travel through the common bile duct.

If gallstones lodged in the bile duct are not seen with an ultrasound, but your blood tests and symptoms suggest that there is a blockage, then your doctor may order an MRI scan or a cholangiography test.

An MRI or, magnetic resonance imaging, uses powerful, magnetic fields and radio waves to produce detailed images of the inside of the body.

A procedure called a cholangiography is a special type of X-ray which uses a dye that shows the anatomy of the gallbladder and ducts.

In acute cases, A computerized tomography or CT scan may be carried out to rule out acute pancreatitis or other series complications. If a person reports severe abdominal pain, CT scan will be utilized for diagnosis and possible surgical intervention would be indicated.

Gallstones can be dissolved naturally via a 1 month program called The Pulverexx Protocol that has been used quite effectively since 2010. For more info click here.