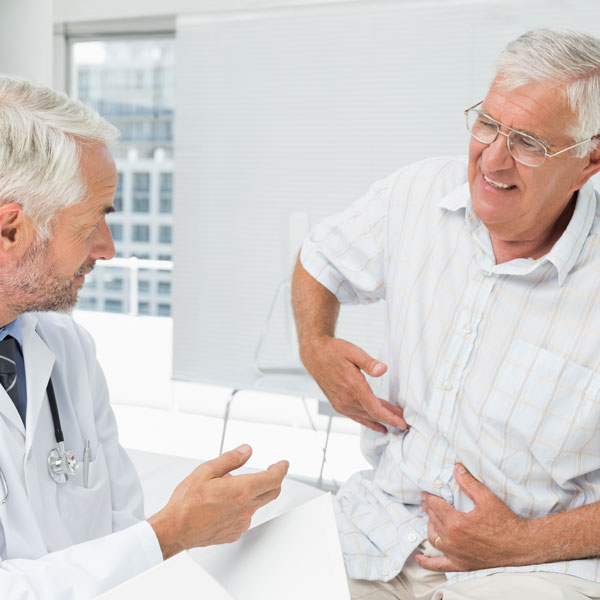 The gallbladder is a small, stretchy, oblong organ found below the liver. It stores bile which is made in the liver and secretes it into the digestive system when triggered, to aid in digestion and the breakdown of fats in our food. The gallbladder will expand to roughly 8 x 4 cm and 50ml capacity when full. It holds waste products from the liver as well as concentrated bile salts, bilirubin, cholesterol and other elements. Most gallstones are composed of cholesterol although they can also be made from bilirubin or a mixture of cholesterol and other elements in the bile. They may range in size from a small grain of sand to big as a golf ball. Many people experience no problems from gallstones but they become painful when they travel out of the gallbladder and down the common bile duct, to the junction with the pancreatic bile duct. Gallstones can become lodged in the ducts and create a painful blockage. This condition may cause inflammation of the gallbladder as well as pressure and can lead to rupture which is a serious, life-threatening condition.

When gallbladder inflammation and gallstones become a painful problem, and threaten to cause rupture, the standard medical approach is to surgically remove the gallbladder. There are alternative methods of dealing with gallstones that can be used to dissolve and pass gallstones. These methods are none intrusive and the best way to eliminate gallstones as once they have formed, they are expected to continually form.

The function of our kidneys is to filter the blood, and create urine as a byproduct. When the kidneys develop stones, they are made from tiny crystals of minerals such as calcium, oxalate and uric acid. There can be multiple stones at one time in the kidney or gallbladder. These stones tend to be prevalent in men over 40, more than in women. Research shows that people who develop one stone have a 50 percent chance in the next 10 years of developing more. It is also possible to live with kidney stones and not experience pain related to them however when they do shift position and begin to cause pain it is described as a sharp, cramp in the back and sides near the kidneys. Kidney stones which travel to the ureters may cause nausea and vomiting as well as blood in the urine.

When stones are large, it is possible for them to block the ureters which stretches and puts extreme pressure on them, causing extreme pain. Smalls kidney stones can usually pass through and exit the urethra on their own. Anti-inflammatory pain medication along with drinking plenty of water and resting at home is usually all that is recommended by the primary care physician. However, when pain becomes severe due to a blockage, the patient may undergo a medical procedure called, lithotripsy which typically uses ultrasound shock waves to break the stones into small particles which can be passed out through the urine.

It is possible to dissolve gallstones and kidney stones naturally. Whether they are cholesterol deposits, or calcified gallstones can be dissolved via a program called The Pulverexx Protocol. This program has been used by thousands to dissolve even larger gallstones.