There are various aspects of a vegetarian diet that directly benefit overall health and decrease the toxin load typically associated with a typical Western diet. These toxins are known to cause the formation of gallstones and come with a myriad of gallbladder symptoms.

There are several different types of gallstones and each can develop under varying circumstances. Forming within the gallbladder, a small, pear-shaped organ located under the liver, gallstones are crystals created by an accumulation of built-up cholesterol and other toxins. This substance comes from bile, a viscous fluid secreted into the small intestine by the gallbladder in order to help the body digest fat. When the bile is unable to break down cholesterol, it becomes saturated with cholesterol proteins, thickening to become deposits known as cholesterol gallstones, the most common form of gallstone. Gallstones can also form in the liver, since that is where bile is manufactured. 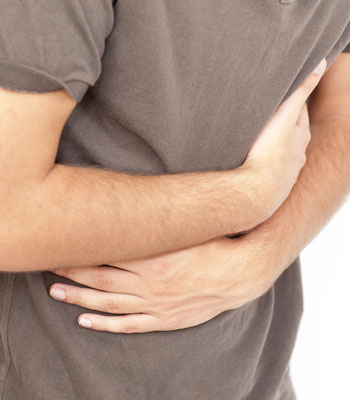 Then the gallbladder’s contractions are reduced or the flow of bile through ducts is obstructed, bacteria and toxins can rise into bile ducts and gallbladder from the duodenum. Combining with the modified bilirubin, the toxins coalesce to form pigment. The toxins and fats in the bile then mix with the pigment and develop into gallstones, brown-ish in color and softer than black pigment gallstones.

The formation of pigment can also occur when there is an excess of bilirubin in the bile, which can combine with other particles and toxins. Named for their color, a black pigment gallstone is hard, comprised of a buildup of bile, pigment, cholesterol, and other harmful toxins.

THE IMPACT OF A VEGETARIAN DIET ON THE FORMATION OF GALLSTONES

By adopting a diet rich in fiber and abundant in fruit and vegetable protein, the probability of developing gallstones reduces significantly. Indeed, in a 2009 study (1), it was firmly established that the increased consumption of fruits and vegetables is associated with a decrease in the incidence of gallstones. It was also noted that comparable results were reached when fruits and vegetables were examined separately. Additionally, it is surmized that an excellent approach to the prevention of gallstone formation is the regulation of dietary lipids (2), which can facilitate the coordination of hepatobiliary and gastrointestinal functions.

Lowering Risks For Gallstones In Women 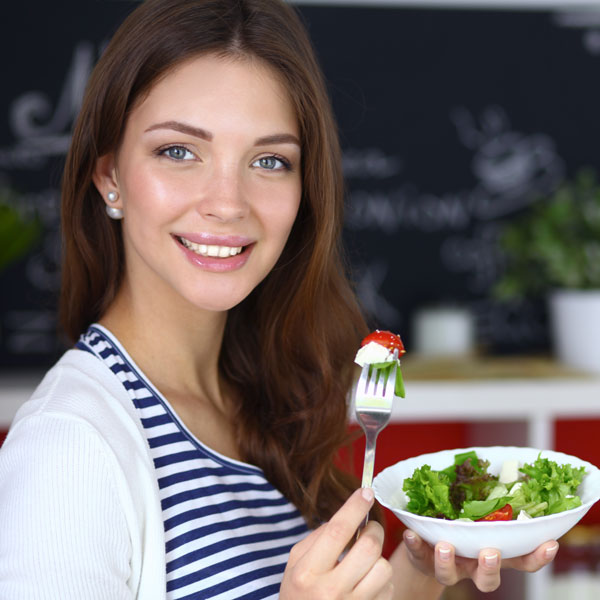 Utilizing realtime ultrasonography (3), medical researchers compared the number of occurrences of gallstone development in two groups of women, aged 40 to 69; a total of 762 women between both groups. Doctors were able to detect gallstones via ultrasonography in 156 of the 632 women who ate meat – approximately 25% of the omnivores within the study. By contrast, only 15 of the 130 vegetarian women – roughly 12% – had detectable gallstones by the completion of the study. Other studies conducted with vegans and vegetarians (4) have shown that, on average, they possess both a lower BMI and lower plasma cholesterol concentration, both factors that can help to reduce the potential for gallstone development and gallbladder symptoms.

REDUCING YOUR RISKS FOR GALLSTONES

Most notably, it has been established that, like most diseases, gallstones are caused by a buildup of toxicity. A change in diet can be extreme for some, but it can be worth working towards. The goal should be to cleanse the body, focusing on the gallbladder and liver – the two most essential organs for filtering unwanted wastes from your system.

Eliminate Toxins With The Pulverexx Protocol

The Pulverexx Protocol, along with a healthy diet can naturally and effectively eliminate toxic buildup that can reduce or eliminate gallbladder symptoms and affect your overall health. The Pulverexx Protocol is the most powerful and effective product on the market today that can provide pain relief for gallbladder disorders as well as help optimize gallbladder and liver health permanently. In fact, the method will eliminate toxin accumulation by naturally excreting sludge, stagnant bile, and toxic gallstones from the liver and gallbladder. To learn more about this revolutionary new program that that has successfully helped countless others worldwide please visit Dr. Eden’s website.