0
Get Relief Of Painful Attacks With A Gallbladder Friendly Diet
10 June 2018
June 10, 2018 by Mario Avino in Learning Centre 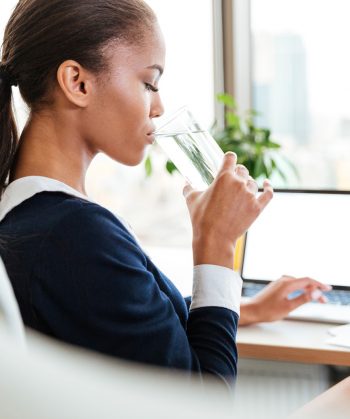 Do you know what role your gallbladder plays in your digestive system? Would you recognize gallbladder symptoms?

Here, we’ll explain why your gallbladder is important for your health and you’ll learn to recognize signs of a gallbladder attack.

Located underneath your liver, on the right-hand side of your upper abdomen, the gallbladder is a small storage compartment designed to store bile which helps digest your food. Bile, a greenish fluid, specifically aids in digestion of dietary fat and fat-soluble vitamins.

One of the first signs that your gallbladder may be sluggish, and bile may be thickened or contain gallstones, is indigestion. Gas, nausea, and cramps after meals are common gallbladder symptoms, but can be difficult to distinguish from general stomach upset which is unrelated to gallbladder disease.

Because bile breaks down dietary fat so that we can absorb it, inadequate bile will make digesting most meals very difficult. Fat-soluble vitamins such as E, D, K, and A are able to be passed into the bloodstream with the aid of bile and long-term deficits will also affect general nutritional health because of malabsorption.

But once a gallstone moves into a bile duct and lodges there, the result is biliary colic which is visceral pain that often radiates to other areas. The chest, mid-back, and the right shoulder blade may ache because of the pain from a blocked duct, known as a gallbladder attack.

It is worth mentioning that chest pain or back pain should not be dismissed, especially if you do not know the cause. Many people, however, find themselves diagnosed with gallstones when they go to the ER for a suspected heart attack.

A gallbladder attack will typically last between 30 minutes a few hours, with the onset beginning about an hour after eating. When you have a particularly high fat meal, especially fried or heavy snacks before bed, you may wake late at night with gallbladder symptoms. If you have steady, severe pain which does not cease after several hours, seek medical attention.

In addition, a fever or chills, nausea or vomiting, are also signs of not only a gallbladder attack, but more serious gallbladder disease. If you have a fever this may indicate an infection which should not be ignored.

There is more than one gallbladder treatment that can be done from home to help alleviate pain. When experiencing a gallbladder attack there are a few things you can do to help ease the discomfort and resolve it more quickly.

Sipping on a small glass of water containing 3 to 4 teaspoons of fresh lemon juice, will increase your production of bile very quickly and flush out stones to ease pain. As well, apple cider vinegar is useful for the same purpose. Sip on apple cider vinegar diluted with water while experiencing colicky symptoms and you should find it resolves fairly quickly.