0
Can I Still Experience Gallbladder Pain Without A Gallbladder?
19 April 2017
Next

0
Lecithin May Help You Reduce And Eliminate Gallstones
20 April 2017
April 20, 2017 by Mario Avino in Learning Centre

Larger, more obese persons are at a higher risk of developing gallstones and experiencing gallbladder symptoms than individuals who exercise regularly. Research published by the Joslin Diabetes Center suggests that the reason why gallstones are more common in obese people is due to the fact of insulin resistance.

For multiple decades, research has been focused in on finding the exact cause of gallstones in larger set individuals. The implications that this discovery has had on finding the right therapies to treat gallstones and any related gallbladder pain is high. Generally speaking, obesity is associated with an increased presence of cholesterol in the gallbladder’s bile. It is this increase in cholesterol that eventually produces the aforementioned gallstones. As we now know, insulin resistance is key to the process of gallstone formation. The lack of insulin receptors in the liver is sufficient to promote gallstone formation. 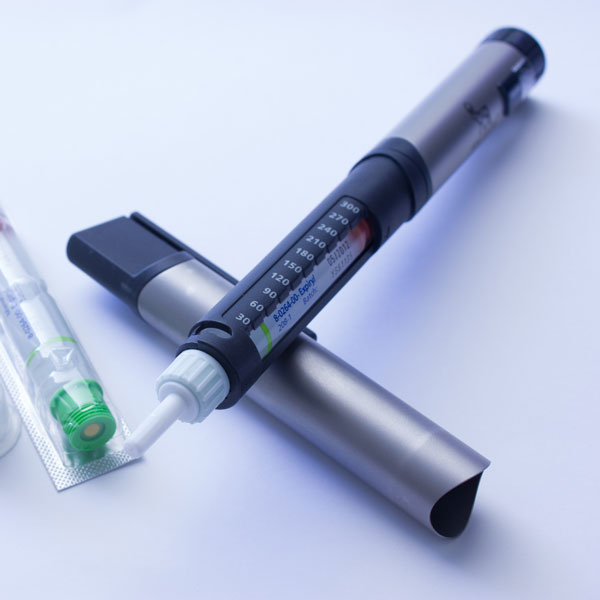 Delving deeper into insulin resistance and its relationship to gallstones, the exact cause is a regulatory protein called FOX01. (1) This protein is regulated by insulin. When there is not enough insulin to regulate it properly, FOX01 suddenly activates. The activation of FOX01 causes the liver to produce glucose and increases cholesterol secretion into the liver’s bile which is then filtered into the gallbladder, thereby leading to gallstones and eventually gallbladder symptoms.

The finding that insulin resistance promotes gallstones and more specifically the role that FOX01 has to play means that future therapies can focus on regulating FOX01. This means that there is a connection between diabetes and gallstones, showing the interconnectivity of prevention and treatment of such conditions. Cardiovascular treatment has a role to play in insulin resistance, the prevalence of symptoms of diabetes, and also the prevalence of symptoms of gallstones. If it is possible to treat one of these with cardiovascular-based natural therapies in addition to other non-surgical methods, this means that it is possible to rid a person of gallbladder pain altogether through a combination of natural treatments.

A growing number of people are finding out that there exists highly effective alternative health approaches to address gallstone pain at the source that ultimately restore normal gallbladder function. That is why the use of surgery should not be encouraged to accomplish this due to the ineffectiveness of the process and the risks involved. Neither should the use of pharmaceutical drugs which come with their own risks and side effects be encouraged either. The most effective way to treat gallbladder pain and gallstones is to approach with effective, natural ingredients in mind.

Gallbladder disease, gallbladder symptoms, and gallstones are conditions that stem forth from the excessive toxicity and wrong lifestyle habits. Through the alleviation of the body’s toxicity, we can rid the body of the symptoms associated with it. Cleansing is key. Through the course of program, the use of an alternative, healthy approach will ensure that not only does the pain go away but that the gallbladder issue does not return again in the future.

If you are seeking more information on how to get rid of gallbladder pain, or wish to know more about the connection between the gallbladder and insulin resistance, do visit https://doctoreden.com/gallbladder-pain/.