Why Do Gallbladder Symptoms Seem To Appear At Nighttime?

0
It is Possible To Avoid Gallbladder Symptoms Naturally?
08 June 2018
June 8, 2018 by Mario Avino in Learning Centre

Why Do Gallbladder Symptoms Seem To Appear At Nighttime? 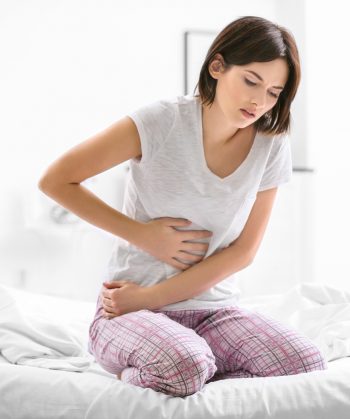 Western medicine typically associates gallbladder attacks and other gallbladder symptoms with eating high fat meals. There are a number of known risk factors for gallstone formation. Being obese as well as consuming high fat and fried food are certainly contributors.

Many people notice, however, that gallbladder attacks- the aching, visceral pain related to a gallstone blocking bile ducts – most often arise late at night.

First, it is important to know what your gallbladder does and what symptoms can be related to gallstones.

Your gallbladder has an important role to play. It stores and concentrates bile, which is created in the liver. This greenish fluid is necessary to digest your dietary fat and make fat-soluble vitamins more easily absorbable. Each time you eat a meal, the gallbladder receives a signal to compress and release just the right amount of concentrated bile.

If the contents of your gallbladder become overly thick and sluggish, it becomes difficult to release and will cause irritation and pain. As well, cholesterol and other bile components may crystallize and form small stones in the gallbladder, which range in size from tiny grains of sand to large marbles.

Often the stones can sit in the gallbladder without actually causing any gallbladder symptoms, however, if a small stone is traveling through a bile duct and becomes stuck, it will cause the immense pain known as a gallbladder attack or, biliary colic.

Why Are Gallstone Problems More Predominant At Night

It is well known that high fat, fried, and spicy foods may not only irritate the gallbladder but lead to pain and indigestion because of inadequate bile flow. The reason why biliary colic pain seems to attack mostly at night, however, is still a topic for some debate.

While western medicine suggests that the primary reason for nighttime attacks is eating large, heavy meals and snacks before bed, traditional Chinese medicine holds that each organ in our body has its own assigned time of the 24-hour day for peak energy.

There are plenty of cases of biliary colic reported late at night in those who have not consumed a large meal or any fat at all in the evening.

Whether the liver and gallbladder experience higher energy during these late-night hours or not, it stands to reason that eating high fat, fried, or heavy meals before bed time make your gallbladder work harder at night and may lead to gallbladder symptoms and a gallbladder attack that wakes you from sleep.

Traditional medical care practitioners advise the gallbladder surgical removal and while this is a widespread practice, gallstone congestion can be handled non-surgically with natural methods. One gallbladder treatment called the Pulverexx Protocol can dissolve a gallstone whether it is calcified or cholesterol.