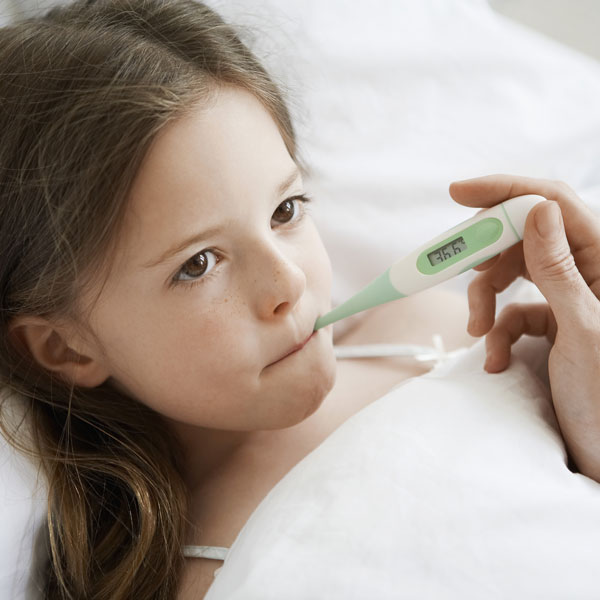 Gallbladder symptoms in children are very rare. Typically an adult problem, risk factors for gallstone development include hormonal fluctuations, obesity, age over 40 and a high fat diet. The majority of people with gallstones will never have symptoms however and will live unaware of them. It isn’t until the tiny stones move and lodge in a bile duct that pain and inflammation will result, or when they have grown in size enough to press on tissues in the gallbladder.

The same is true for children. Many children actually have gallstones- small pebbles formed in the gallbladder from cholesterol, bile salts or bilirubin deposits- and they typically remain asymptomatic. Gallbladder symptoms in children are rarely exhibited. However, this does not mean that they don’t have gallstones. In fact, nearly 50 percent of children have gallstones, and most them do not have any symptoms.

Medical studies have found correlations between the rise of childhood obesity and increased rates of pediatric gallbladder disease. As well, oral contraceptive pills are prescribed in a younger population than before and the birth control pill with its associated hormone changes has been linked to gallstone formation.

The gallbladder is a small, stretchy organ located on the right side of the body, just below the liver. Its role is to store bile and waste products manufactured by the liver. It releases bile in various volumes and concentrations depending on the content of the meals that we eat. This is because bile breaks down or emulsifies large fat molecules to make them digestible. It also allows conversion of fat soluble vitamins so that they can be absorbed by the intestine walls and into the bloodstream.

Because of their rarity, gallstones in children can be overlooked or misdiagnosed when they are not causing serious, acute pain. Children may be more prone to viral and bacterial infections which lead to cholecystitis, otherwise known as gallbladder inflammation. In cases of pediatric cholecystitis, the gallbladder walls may thicken and fill with inflammatory fluid.

Stones formed in the gallbladder may range in size from tiny grains of sand to large marbles and the symptoms caused by small gallstones cause may mimic those of other digestive issues and diseases.

Gallbladder symptoms in children are similar to those in adults.

Pain To Upper Right Abdominal Wall: They include pain in the upper right side of the abdomen, which may radiate to the shoulder. Pain during a gallbladder attack can last 30 minutes and up to 15 hours, though it typically peaks in severity at 15 minutes.

Digestive Symptoms: Indigestion, belching, nausea and even vomiting may occur after meals.

Jaundice: A condition known as jaundice may also appear causing the whites of the eyes and skin to yellow. This happens because of gallstones blocking the path of bile, which then backs up into the liver and to the bloodstream.

Elevated Body Temperature: An elevated temperature above 38°C (about 100.4°C) may be accompanied by chills and indicates the need to seek immediate medical attention.

As with many health problems, the signs and symptoms for gallbladder disease in children typically present as mild and may encourage parents to seek non-invasive treatments and lifestyle changes to improve overall health and body weight before symptoms become problematic. Where no discomfort exists, treatment of any kind will not usually be advised. In severe cases of chronic inflammation and gallstone symptoms, surgery may be suggested.

Gallstones Can Be Dissolved