Biliary Dyskinesia Could Mean The Start Of Gallbladder Symptoms

0
Think You Have Gallstones? Learn To Recognize These Gallbladder Symptoms!
07 August 2018
Next

0
Gallbladder Symptoms – Here’s Why You Might Have The Same Pain After Surgery
07 August 2018
August 7, 2018 by Mario Avino in Learning Centre

Biliary Dyskinesia Could Mean The Start Of Gallbladder Symptoms 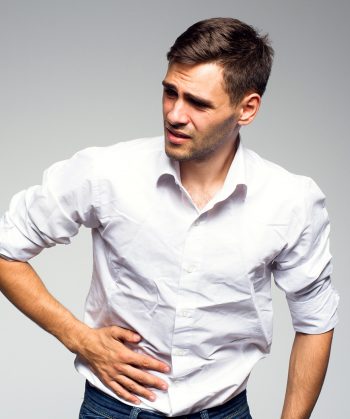 Many people recognize the term, “gallbladder attack” and they know that this sudden, severe type of gallbladder pain is extreme, attention-grabbing and not possible to ignore. But what subtle gallbladder symptoms occur before the serious pain sets in? It’s very helpful to understand your gallbladder’s digestive role and learn to look out for the less severe symptoms of biliary dyskinesia, so you can take action and improve digestive health.

How Is Your Gallbladder Designed To Work?

Typically, fat in the food you eat signals concentrated bile to be released into the common bile duct and small intestine for digestion of fats and to facilitate absorption of fat-soluble vitamins.

Biliary dyskinesia is one of the many gallbladder symptoms which could indicate disease such as cholecystitis, gallstones and pancreatitis. Some impairment of the flow of bile, either due to inflammation, stone blockages or other motility issue will limit the function and digestive capacity of the gallbladder and will often cause gallbladder pain.

What Are The Symptoms?

If bile flow is only slightly impaired, you may notice indigestion like gas, bloating and diarrhea which mean that your fats are not being effectively broken down. You may notice constipation or nausea after eating. Mild back or shoulder pain can actually be referred from the gallbladder through nerves and escape a person’s notice because it’s an unexpected sign and not severe enough to prompt gallbladder treatment.

A low-functioning gallbladder may contribute to biliary sludge which is thickened, ineffective bile in the gallbladder. Sludge is difficult to squeeze out and can lead to cramping just like stones as they pass through ducts.

Hyperkinetic, or, hyper motor dyskinesia is the rarer occurrence and represents a gallbladder that contracts too often, against spasms of the small muscles around ducts. These sphincters malfunctioning lead to bouts of increased pressure and nerve pain that can mimic cardiac symptoms and cause extreme discomfort.

Hypokinetic biliary dyskinesia is more common, and risks are increased for females and with age. Hypokinetic BD is characterized by low contractility of the gallbladder and decreased function or output of bile.

A number of known factors influence this gallbladder symptom:
Stress is believed to disturb dopamine receptor function in the gut and perhaps impair the brain’s ability to signal bile release.

Cholecystitis or chronic inflammation of the gallbladder impairs contractions as well.

Neurodegeneration causes autonomic dysfunction and means that degenerating nerve cells do not respond to signals appropriately. Inflammation and insulin resistance or imbalanced blood sugar can exacerbate this issue.

Physical abnormalities can also be to blame for impaired function and inflammation of the gallbladder.

Many other endocrine diseases and gastrointestinal issues can adversely affect the gallbladder and slow down it’s function.

Biliary Dyskinesia causes symptoms similar to gallstones without their actual presence. If a person reports gallbladder symptoms but tests show they have no gallstones, they likely have biliary dyskinesia which will be confirmed with a HIDA scan.

The symptoms of BD can be affectively treated through dietary and lifestyle changes, but sometimes require medical attention. These include: