0
Gallbladder Symptoms Or Acid Reflux: Know The Differences
30 March 2017
Next

How can gallbladder symptoms be properly diagnosed? After all, there are myriad of signs to look for and it is not too uncommon to often misdiagnose gallbladder issues as a bad case of indigestion; even for medical doctors. This is because many patients notice their unpleasant symptoms after having consumed a meal, even though the connection doesn’t necessarily imply that it is the cause.

One of the most commonly reported problems associated with gallbladder symptoms is a sharp or dull pain near the right side of the abdomen or the middle to upper section of the abdomen. Some people may also report what they claim to be an unpleasant bout of indigestion. Again, the symptoms may be similar to common indigestion, but the underlying cause may require further exploration and treatment. It is also not uncommon for symptoms to include pain between the shoulder blades, as well as between the top of the right shoulder. Pain may also creep up thru the torso to the shoulder blades. The sensation is almost as if the pain was crawling thru the skin every time sharp pain is felt in the gallbladder area.

In more severe cases of a gallbladder condition or disorder patients may experience clay-colored stools when defecating, as well as flatulence, nausea and vomiting. Some patients may also suffer from pain when breathing. The symptoms are most commonly reported after a meal and/or before going to sleep.
Moreover, muscular and joint pains are most commonly reported underneath the left breast and behind the lower neck area. Muscular and joint pains are also commonly reported near the middle back, as well as near the elbows, knees, and wrists. 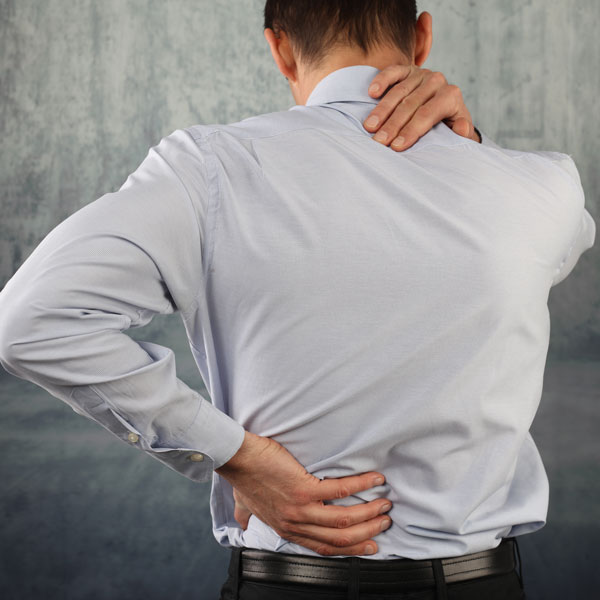 It is important to recognize that not all back pain is caused my muscular exhaustion brought on by strenuous exercise or a spinal misalignment. Instead, gallbladder and liver conditions, triggered by excess toxicity in the body, can lead to marked back pain. In such an instance, your doctor may diagnose you with what is known as “referred gallstone pain”. What’s more, misdiagnosis is common because the liver encompasses a large surface area and is also located in the mid abdominal region of the body. When combined with the fact that gallstones often form in the liver, it is understandable that results may misdiagnose gallstone and liver problems as lower back pain. It is also worth noting that women tend to suffer more from back pain issues than males.

In addition, there are certain emotional signs that may indicate the presence of gallstones in the liver, gallbladder, or bile ducts. Gallbladder symptoms may also include depression and/or an angry personality. High cholesterol may also be a sign of gallbladder problems, and some patients may notice that their eyes have become puffy, or that they have developed tooth and gum problems. Migraines and headaches may also be reported, and excessive weight gain is also not uncommon. Loss of muscle tone and yellowness around the skin and eyes (i.e., jaundice), as well as loss of muscle tone may also be experienced by sufferers of a gallbladder disorder.

There is a permanent solution and gallstones can be dissolved and eliminated from the body without any surgery. The Pulverexx Protocol is a program that can be used by patients to dissolve pigmented, calcified, and cholesterol based gallstones. The Pulverexx Protocol is a treatment that can provide pain relief for gallbladder disorders as well as help optimize gallbladder and liver health for a prolonged period of time. In fact, the method will eliminate toxin accumulation by naturally excreting sludge, stagnant bile, and toxic gallstones from the liver and gallbladder. To learn more, please visit Dr. Eden’s website.