0
Gallbladder Treatment: The Different Stages of Gallbladder Disease
26 January 2018
Next 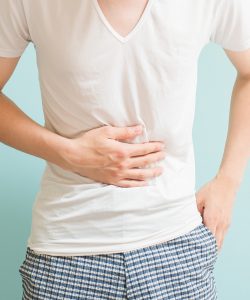 Postcholecystectomy Syndrome is a medical term used to describe the negative digestive symptoms which many people experience after they’ve healed from their cholecystectomy procedure.

Gallbladder surgery is the most common surgical procedure in North America. Over 500,000 people have their gallbladders removed due to chronic gallstone issues each year in the United States. Arguably, only a few thousand of those are truly necessary and all too often, removal seems to be an easy and comprehensive solution. In part, this false belief is due to the idea that a gallbladder isn’t at all necessary. While it is true that we can live without our gallbladders, it is not realistic to downplay their role or the consequence of their removal from the delicate balance of our digestive system.

Unfortunately, doctors who tell patients that they will be able to eat their regular diet and resolve their gallstone pain after surgery often set them up for false expectation because for a large percentage of people this is not the case.

Patient surveys which were completed 2 to 24 months after cholecystectomy indicated that 40-50% of patients had one or two ongoing symptoms such as excess gas, dull pain and abdominal discomfort after eating. In some instances, the same sharp pain may be experienced, months or years after the gallbladder removal. Diarrhea is commonly reported with many people no longer being able to effectively digest fats and fried foods.

If you have your gallbladder removed, you will need to carefully eliminate many foods from your diet, then slowly reintroduce them one at a time, according to tolerance. It is recommended that a bile supplement such as ox bile, and digestive enzymes be added to your daily digestive routine. Gallstones may actually still form in the liver bile ducts after surgery if the underlying, contributing dietary and health factors are not corrected.

A serious potential complication of gallbladder removal or surgery is damage to the common bile duct. Especially with the most common, laparoscopic method, visibility of the major bile duct is limited and injury occurs in 0.33-0.5% of laparoscopic operations, compared with roughly 0.06% in open procedures.

The long-term consequences of gallbladder removal are related to inability to store and regulate bile. The gallbladder normally sits just under the liver and holds toxins and bile between meals. This greenish, brown liquid is made of cholesterol, bilirubin and bile salts. The meals we eat trigger a customized amount and composition of bile to be released, depending on our needs for that meal. Bile also helps to make fat soluble vitamins absorbable in our intestines.

Without a gallbladder, bile is continually manufactured by the liver and will constantly trickle into the intestine, even when no food is present. Bile acids are very irritating to the linings of the intestine. When the intestines become irritated this causes diarrhea and in the long-term, it can lead to colon cancer. In fact, cancer on the right side of the colon is more common among people who have had their gallbladders removed.

In cases of severe inflammation, infection and potential gallbladder rupture, removal may be the safest option. There are many more cases where non-surgical treatment lifestyle and dietary changes can allow the gallbladder to continue doing its job.

There are safe and effective gallbladder alternatives that have been tried and tested. They are all non-invasive, meaning there are is no surgery involved.
The first is the gallbladder flush which involves taking apple, juice lemon juice and olive oil for a period of a week. This method is very common and passes gallstones by sometimes the hundreds.

Gallbladder flushes are very effective, but sometimes fail to reach deeper levels where gallstones may be present. It does not dissolve gallstones.

The second method is called the Pulverexx Protocol. It is an herbal program that dissolved and helps pass gallstones that may be found in the gallbladder and the liver. It works on calcified gallstones and cholesterol gallstones. TO find out more go here: www.doctoreden.com