0
Gallbladder Pain: What Does a Gallbladder Attack Feel Like?
26 January 2018
January 26, 2018 by Mario Avino in Learning Centre 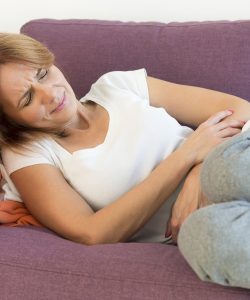 If you’ve ever had a gallbladder attack you’ll know that the pain can range from frustrating or annoying to frightening and severe, with many people mistaking the symptoms for a heart attack due to radiation up into the chest and shoulders. One of the symptoms which gallstones cause most often is pain in the upper, right abdomen, just under the ribs.

A gallstone attack may last 15 minutes, but can also last for several hours. People commonly complain of gas, nausea and even vomiting, especially after meals. The pain of a gallstone lodged in a bile duct is also known as biliary colic and will usually be triggered by the consumption of a large, high fat meal. The gallbladder’s role is to store and concentrate bile produced in the liver for release into the intestines when we eat.

Because bile emulsifies fats so that we can absorb them, the gallbladder contracts significantly in response to fat in our food and blocked ducts cause related pain from the pressure.

A 1968 research study observed the effects of certain foods on a group of patients with gallbladder problems. When the patients went on a diet that excluded the above mentioned foods, they were symptom-free, but when eggs were added back into their diet gallbladder attacks returned in 93% of all cases.

It is thought that egg protein has a gallstone-producing effect as well as an allergic reaction that may make the bile ducts swell up and impede the discharge of bile from the gallbladder.

Other Foods That Irritate The Gallbladder

People want to avoid eating food, which can irritate the gallbladder or cause pain-especially if they have suffered through gallbladder attacks before. The following is a short list of foods to avoid in order to limit gallbladder irritation:

People can tolerate these items to varying degrees depending on their overall health and degree of gallbladder inflammation. It is simplest to eliminate all known irritants first and then attempt only small amounts, one-by-one, to find out what works for you.