0
Can I Still Experience Gallbladder Pain Without A Gallbladder?
19 April 2017
April 19, 2017 by Mario Avino in Learning Centre

What Is Apple Cider Vinegar (ACV)? 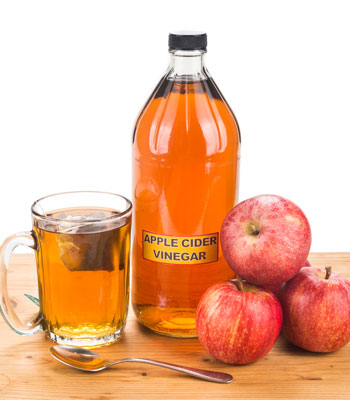 ACV originates from fermented apple cider, which is first broken down into an alcohol and then into vinegar. Typically light brown in color, this kind of vinegar is unpasteurized, unfiltered and contains a sediment cloud primarily composed of acetic acid bacteria. Containing acetic, lactic, and citric acids as well as malic acid, these all are very beneficial when it comes to relieving gallbladder problems. When your body processes vinegar like this, the result is that the body becomes more ‘alkaline’. This means that bile becomes more balanced with a natural diet of fruits and vegetables, contrary to Western-based diets which contain meat and grains, both highly acidic when metabolized. Among the many beneficial ingredients in apple cider vinegar is perhaps the most beneficial of all, malic acid. Numerous studies have shown malic acid to be able to break down and soften gallstones as well as being able to thin bile and gallbladder sludge.

Apple cider vinegar can be bought at almost any grocery store. If you are suffering from debilitating gallbladder pain, there’s nothing better for it than ACV. Be sure to buy the organic, unfiltered, unpasteurized kind if possible. Apple cider vinegar can be used to create salad dressings with extra virgin olive oil; to drop a single teaspoon or two into a glass of water; and can be taken as tablets as well. While ACV is extremely helpful to patients suffering from gallbladder pain, too much apple cider vinegar can damage tooth enamel and even begin to strip the lining of your esophagus. This means to be careful in how and when it is consumed.

Among the many natural remedies for gallbladder pain, apple cider vinegar always ranks high. One of the most popular ways that it is used is to add two teaspoons of apple cider vinegar to a cup of apple juice and to drink this mix once every couple hours until the pain dissipates completely. Apple cider vinegar can be quite strong and for some people, it can be a struggle to get down. To combat this, many people use tactics such as sucking on a lemon wedge after each gulp to minimize the strong taste.

Expect relief from drinking apple cider vinegar to come anywhere from immediately to within fifteen minutes. Many patients who have difficulty sleeping with gallbladder pain should have some form of apple cider vinegar on stand-by. If the pain hits in the middle of the night, you’ll be able to get back to sleep within minutes and you may even find yourself waking up pain-free in the morning.

Apple cider vinegar has garnered rave reviews by many patients suffering from gallbladder pain. Take it and feel the pain fade away within minutes. Like magic, you’ll be able to continue on with your activities day or night. This remedy really works!

Watch Some Of Our Videos Here >>

Manage Your Symptoms Or Eliminate Them- Which Do You Prefer?

Taking Apple Cider Vinegar may be very effective means of managing symptoms, but would you rather get rid of the cause of the symptoms?

There exists a new all natural protocol for getting rid of gallstones. It dissolves gallstones so that you can pass what is left later. It is called the Pulverexx Protocol. The best part is that it works on cholesterol gallstones and calcified ones as well.