Is The Gallbladder Pain You Feel, Biliary Colic?

0
Gallbladder Pain Relief – How Can You Get Relief From Cholecystitis?
10 June 2018
Next

0
Find Out About The Lesser Known Reasons For Gallbladder Pain
10 June 2018
June 10, 2018 by Stan Pak in Learning Centre

Is The Gallbladder Pain You Feel, Biliary Colic? 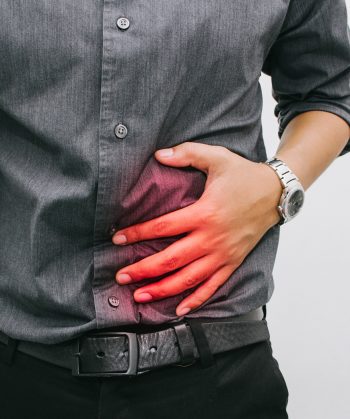 Each of us is likely to suffer some variety of digestive disturbance or “belly pain” throughout our lives- some more regularly than others.

Often, we can attribute post-meal discomfort to the food that we ate, or a food sensitivity. But what if your abdominal pain is a bit more mysterious?

Biliary colic is a specific gallbladder pain that comes on quite suddenly, builds in intensity and may persist from 15 minutes to a few hours. Biliary colic is felt as a severe, spasmodic pain which stems from one, small stone blocking a bile duct, but can radiate along nerve paths to other locations of the body.

Those experiencing pain from a gallstone blockage will often try to alleviate it by changing position, but this has no effect.

As well, bowel movements or vomiting don’t bring any relief, though severe biliary colic will commonly cause nausea.

Here’s some background on gallstones:

Your gallbladder is a small storage compartment for bile produced in the liver. The gallbladder holds and concentrates the bile, then releases precise amounts needed to digest dietary fat. Bile is a greenish-yellow fluid containing a balance of cholesterol, calcium salts and pigments. When these ingredients become to concentrated or imbalanced, biliary sludge or small, hardened stones can collect.

Gallstones are usually made from tough cholesterol deposits but can also be formed of bilirubin pigment. They range in size from tiny grains that pass through bile ducts unnoticed, to larger rocks and even stones as large as golf balls. It is actually common for these to sit in the gallbladder unnoticed.

You may have gallstones and not develop gallbladder pain. But when one of these shifts into a duct, especially the common bile duct, pain and symptoms related to backed up bile can occur. The pain generated from these blockages is referred to as biliary colic.

Colic pain will usually occur within about 2 hours of eating- especially a high fat meal- but can also come on late at night and wake a person from sleep.

These episodes of gallbladder pain are often spaced apart by several weeks or months, but they can occur more often and last longer when a person has gallbladder inflammation. If the pain and symptoms last longer than several hours, it is advisable to seek medical attention because a blockage that doesn’t clear on its own can lead to increased pressure and possible infection.

You can help reduce your chances of developing gallstones and biliary colic by following natural gallstone treatment options which include: adopting a gallbladder-friendly diet, and choosing a healthy lifestyle that supports liver and gallbladder health. Read more about gallbladder diet choices and natural remedies in our other articles.