How To Know If Your Gallbladder Pain Is Serious

0
How To Understand Your Gallbladder Pain
13 October 2018
Next

How To Know If Your Gallbladder Pain Is Serious 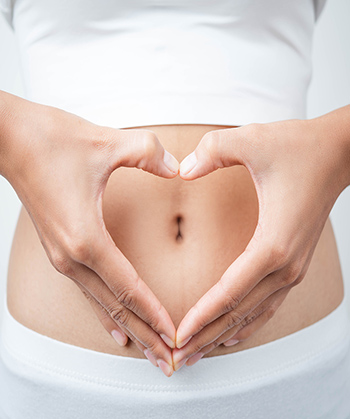 The primary reason for gallbladder pain is gallstones, but not all symptoms are related to stones. Some gallbladder discomfort is caused by inflammation, biliary sludge and other less common problems.

Before you can learn how to identify gallbladder pain severity, it helps to understand a bit about what this impressive little organ does and why it may experience pain.

The gallbladder is a small, pear-shaped organ located under the liver where it is connected through a series of narrow channels called ducts. This pass bile secreted in the liver to the gallbladder for storage. From there, bile passes out through additional passageways into the common bile duct and then small intestine.

This greenish-brown fluid, bile, is a key factor for digestion, especially of fats and fat-soluble vitamins. Included in its ingredients are cholesterol, salts and bile pigments like bilirubin.

The gallbladder is triggered to squeeze and release its contents in measured amounts based on what you eat. It runs into problems when the gallbladder is full of hardened material called gallstones, if one of them is lodged in a duct, or if the bile has thickened and become too difficult to pass through ducts.

In these cases, regular squeezing of the gallbladder can be quite painful.

How To Recognise Gallbladder Pain Related To Biliary Colic

While a typical gallbladder attack can be described as excruciating and severe, it does usually pass within 30 minutes to an hour. Some may last a few hours and even leave a dull ache the next day, but as soon as the stone passes, the blockage is removed, and the gallbladder can begin to recover.

The reason that gallbladder attack pain may radiate to the back or right shoulder is that pressure at the gallbladder opening can irritate the phrenic nerve. This type of pain isn’t usually improved with OTC pain medications and bowel movements or vomiting will not change it either.

A typical gallbladder attack will develop and peak between 15-30 minutes. It will appear an hour or two after eating, as the food leaves the stomach. Commonly, these attacks come on after eating a heavy meal, fried food and large amounts of fat or processed foods, that is why staying on a gallbladder diet is important so as to avoid trigger foods.

Learn How To Spot Gallbladder Pain That Requires Medical Attention

Though a gallbladder attack, otherwise known as biliary colic, can lead to nausea, persistent nausea with vomiting often indicate a more serious issue like infection. As well, the pain from biliary colic caused by a gallstone will usually peak around 30 minutes and then begin to fade.

If the pain doesn’t fade, stays persistent for several hours, prevents you from doing any other activity or increases steadily, you need to seek medical attention. As well, if you notice a fever or chills, it can indicate infection which is very serious.

Yellowing skin and eyes, cola-colored urine and light-colored stools also indicate a serious medical problem as it means bile is not flowing into the digestive tract and is instead backing up into the bloodstream.

If you are unsure of what is causing your pain, if it persists for several hours or is accompanied by any of the other symptoms mentioned, you should seek medical attention immediately.