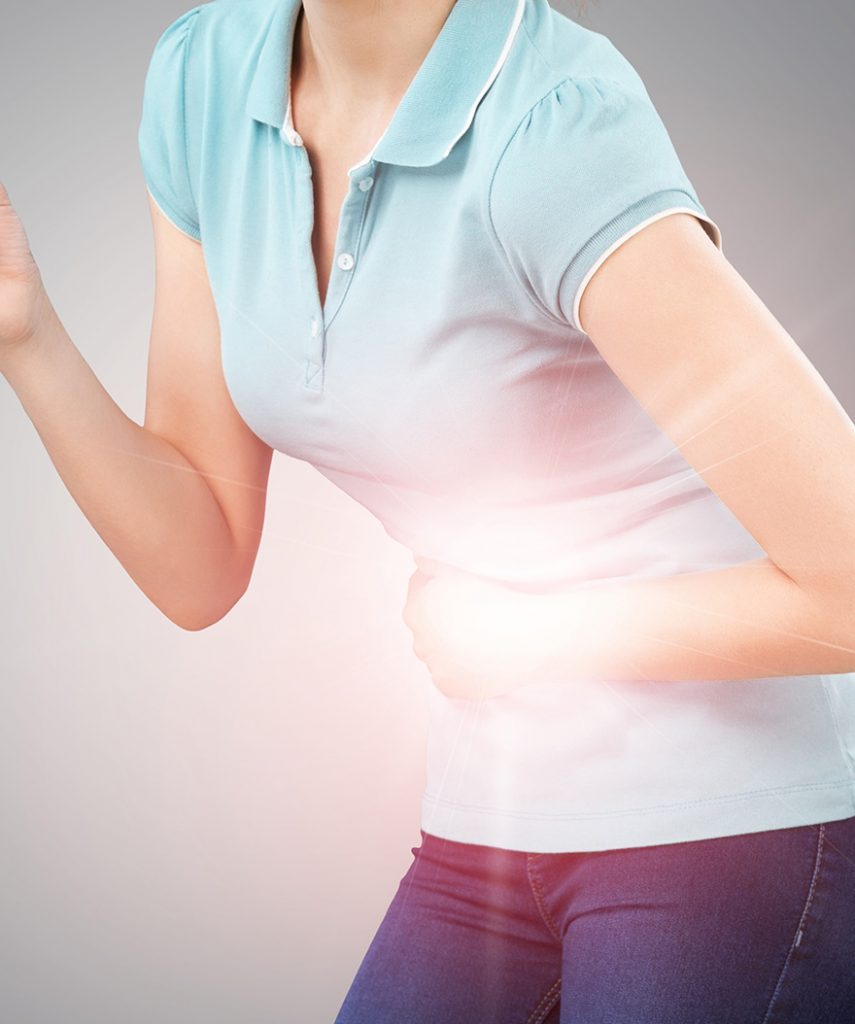 Although gallstones and related gallbladder pain occur in both men and women, these issues tend to be more prevalent for women. In fact, is has been estimated by the American College of Gastroenterology, that women are twice as likely to develop gallstones as their male counterparts.

One of the contributing factors for this difference is that, on average, women tend to have slower emptying gallbladders than men. When the gallbladder empties less frequently, cholesterol and other substances occurring in bile can crystallize resulting in gallstone formation. Cholesterol deposits account for the vast majority of gallstones and can vary in size from extremely small, to as large as a golf ball.

This difference in the rate gallbladder contraction also appears to be amplified during pregnancy, which in part, explains why many women develop gallstones after giving birth.

Another important difference between men and women is the effect of estrogen and progesterone levels on bile components. Since both of these hormones affect cholesterol levels in women, this is a key factor, combined with sluggish function, leading to gallbladder pain. Relief from associated discomfort can be found through healthy diet and supplement choices for many women.

Because oral contraceptives and hormone replacements are a consideration for many females, their likelihood of developing related issues increases.

It has been found that rapid weight loss, which can occur as a result of fad diets is another risk factor for gallbladder pain. Because many women turn to crash dieting or extreme weight loss programs more often than men, they put themselves at an increased risk for the gallbladder-related pain and gallstone formation.

The general symptoms that characterize a gallbladder related problem are:

Although the general symptoms of gallstones are similar for men and women, women tend to experience more abdominal discomfort, bloating and gas than men. When seeking gallbladder pain relief, women describe their symptoms as a dull and persistent ache that does not resolve on its own.

Biliary colic is another term used to describe the very severe, ongoing discomfort related to a bile duct blockage with a gallstone. The cystic duct, which is the route through which bile travels from the gallbladder to the small intestine may become blocked and unblocked as the little stones pass through or become stuck. The bile that is prevented from flowing to the bile duct becomes more concentrated, which causes irritation, inflammation and digestive issues.

The misery of a gallbladder attack often leads women to seek gallbladder pain relief through conventional and surgical methods, however there are safe, effective options to target the cause of gallstone formation and reduce the risks, for both men and women.

Why Cut The Gallbladder When You Can Dissolve Its Contents

There are means of dissolving gallstones. Native Amazonian cultures have been doing it for millennia. Indians have been using herbs to dissolve gallstones and liver congestion.

Doctor Eden’s LLC has put together a formula that uses many of these same herbs to dissolve gallbladder stones and eradicate gallbladder pain. These herbs dissolve both cholesterol and calcified gallstones that may be found in the liver gallbladder, bile ducts and at the mouth of the pancreas. For more information go to: www.doctoreden.com

Doctor Eden’s LLC has put together a formula that uses many of these same herbs to dissolve gallbladder stones and eradicate gallbladder pain. These herbs dissolve both cholesterol and calcified gallstones that may be found in the liver gallbladder, bile ducts and at the mouth of the pancreas. For more information go to: www.doctoreden.com