Magnesium Lowers The Risk Of Gallstone Formation By 33%

0
Magnesium Essential For Detoxification
04 August 2017
Next

0
Digestion After Gallbladder Surgery Will Never Be The Same
24 August 2017
August 9, 2017 by Mario Avino in Learning Centre

Magnesium Lowers The Risk Of Gallstone Formation By 33%

Is there a link between magnesium deficiency and the dreaded gallbladder attack? Magnesium may rank among the most important elements in the human body after oxygen, water, and the necessary food and is among the top three most abundant minerals in it along with calcium and phosphorous and yet most individuals on western diets are deficient in it. Millions are diagnosed with untold number of maladies, each with multiple symptoms of their own. They go on treating their symptoms with expensive medications and treatments, when a simple regiment of magnesium could potentially end a great many of their troubles. In many ways, the root cause of many of disorders is magnesium deficiency.

Magnesium deficiency can cause abnormal amount of lipids like triglycerides, cholesterol and/or fat phospholipids in the blood, (1)(2)(3) as well as excessive production of insulin (4), both of which lead to gallstone formation and an increased risk of gallbladder attacks.

This comes as no surprise, notes Carolyn Dean, MD, ND, author of The Magnesium Miracle, “magnesium regulates muscle function throughout the body and because the gallbladder is made of muscle, the mineral ensures that it activates and empties properly.” When there is a deficiency of magnesium in the body, the gallbladder, being a muscle, fails to contract adequately as it should and this result in its failure to empty properly. This creates a condition of stagnant toxic bile therein and the eventual crystallization of it into what we refer to as gallstones.

Insufficient cellular magnesium levels sets the stage for the deterioration of many bodily functions, along with a domino effect of seemingly unrelated maladies and more serious health problems in later stages.

Why Is Magnesium So Important? 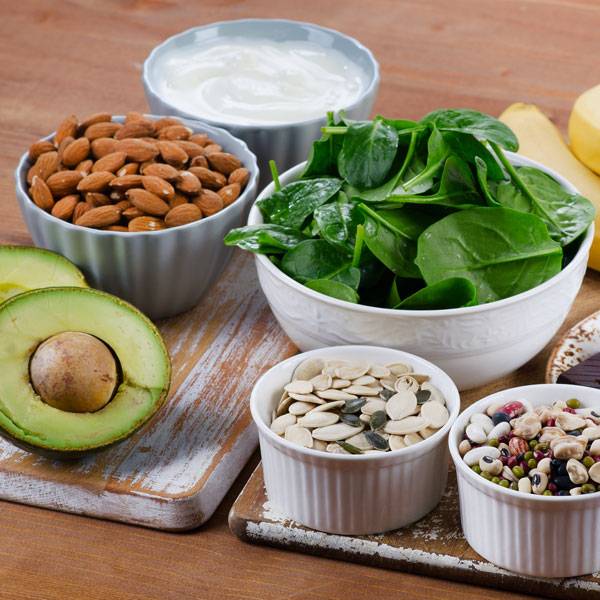 Magnesium is a cofactor in over 300 enzyme systems that regulate a myriad of biochemical reactions and functions in the body. Magnesium deficiency can affect virtually every system in the body. This mineral is so important, that researchers have detected over 3,751 magnesium-binding sites on proteins in the human body. (6) Magnesium is crucial for maintaining electrical charges in all cells, especially in muscle and nerve tissues.

Magnesium is essential for energy production, for the synthesis of proteins, for the regulation of body temperature, for transmission of nerve impulses, and in the formation of bones and teeth, as well as the proper utilization of fats and carbohydrates. Heart muscle contractions are possible due to magnesium. When these biological structures are deprived of this essential commodity, they are severely affected.

Your very ability to digest fats and assimilate fat-soluble vitamins and essential fatty acids such as omega 3 and 6, depends on the gallbladder’s capacity to contract. Muscular contractions are only possible in part due to magnesium. If the magnesium reserves are down, the body resorts to cannibalizing itself for this essential mineral. It also sets the stage for the formation of gallstones and gallbladder attacks.

While most will agree that cleansing is an absolute necessity in order to prevent future gallbladder attacks, so is supplementing with one of the body’s most important mineral, magnesium.

In fact, renowned neurosurgeon Dr Normal Shealy states:
“Every known illness is associated with magnesium deficiency. Magnesium is the most critical mineral required for electrical stability of every cell in the body. A magnesium deficiency may be responsible for more illnesses than any other nutrient.”

Magnesium deficiency is quite common in those with fibromyalgia (7) (8). In fact supplementation of as little as 50 mg of magnesium with malic acid as magnesium malate have been clinically validated to help improve tenderness and pain. (9)

Persons who suffer from chronic fatigue syndrome are also commonly found to have low magnesium levels. A 1991 study published in Lancet found that chronic fatigue sufferers who were treated with magnesium, “claimed to have improved energy levels, better emotional state, and less pain” (10)

If you have a heart attack and you are admitted into the emergency room you may want to insist you are given magnesium in the form of magnesium sulfate.

Back in the day when medical doctors carried little black bags, an IV of magnesium chloride was a staple because they were administered during a heart attack or stroke episode to alleviate symptoms without any side effects or lasting disabilities; this according to Dr. Mark Sircus.

That is because individuals who have suffered sudden, fatal heart attacks have exceedingly low levels of magnesium levels in their hearts. In a double-blind, placebo-controlled scientific study on 273 patients admitted in to the hospital for heart attack, it was clinically demonstrated that magnesium was able to cut the death rate by a whopping 63%. (11) In this study the patients were administered a 2 cc injection of magnesium sulfate.

“It alone can fulfill the role of many common cardiac medications: magnesium inhibits blood clots (like aspirin), thins the blood (like Coumadin), blocks calcium uptake (like calcium channel-blocking drugs such as Procardia) and relaxes blood vessels (like ACE inhibitors such as Vasotec).” (12)

Magnesium has been proven quite effective for those with irregular heartbeat. The same study mentioned above also noted that after the administration of the magnesium injection arrhythmias decreased by walloping 55%. In all, magnesium is “safe and effective for cardiac arrhythmias” (13)

It may worthwhile noting that arrhythmia is a precursor to other more serious heart-related complications, which may include blood clots, stroke and heart failure.

Another study in the same prominent journal showed a 76% reduction in death from a fatal blood clot observed in those who were given magnesium IVs. (14)

Individuals who suffer from migraine attacks have depleted magnesium reserves. They show very low blood magnesium levels (19) (20) In fact recent studies corroborate that magnesium supplementation produces a reduction of migraine frequency in children (21) and in adults when combined with the amino acid L-carnitine (22)

The main point to take home here is that magnesium regulates contractions in muscle tissues across the body. Any organs that involve contraction to function properly require ample magnesium. This is especially obvious with the heart where malfunctions in its muscle tissues can yield some very serious consequences such as fatal heart attacks and cardiovascular disease. We also discovered that magnesium deficiency is also related to an increased risk of gallstone formation and gallbladder attack.